This month we have several exciting news items, including a new appointment, promotions, grants, awards, and the fame of one of our department members.

First, as of July 1 Katy Fulfer officially became the Department’s newest member.  We offered Katy the position after an international search.  The interdisciplinary hiring committee was looking for someone whose expertise would strengthen two important initiatives: the updating of the Women’s Studies program as it officially makes Philosophy its administrative home as of 2016, and the Fall 2016 launch of the new Applied Philosophy PhD program.  Katy’s research is in feminist philosophy, applied ethics (especially global issues in reproductive ethics and environmental philosophy), and political philosophy.  Dave DeVidi says, “She established a very strong record as a teacher in her previous appointment as a member of the Women’s and Gender Studies program at Hood College in Maryland, has a growing roster of high quality publications that display every sign of her being in the early stages of a productive research career, and her track record and performance in her interviews convinced us that she will be an excellent colleague and mentor to our students.  As far as we can tell, this is the first time the University of Waterloo has ever hired a tenure-track faculty member with the intention that their undergraduate teaching activity will primarily be in Women’s Studies.  We feel lucky to have recruited her.  Welcome aboard, Katy!”

Also on July 1, Patricia Marino’s promotion to the rank of Professor officially took effect.  The move from Associate Professor to Professor is a step up to the top of the academic career hierarchy.  In the words of Waterloo’s promotion policy, it “recognizes a high order of achievement in both scholarship and teaching….  A continuous program of scholarship with positive peer review by nationally and internationally recognized scholars is essential….  Promotion to Professor is not an assured step in the career of a faculty member,” and Dave DeVidi reflects, “indeed, many excellent faculty members are never promoted to Professor.  Speaking from the perspective of a Department Chair, I’d say Patricia is a model of what a faculty member should strive to be—to use one of former Chair Tim Kenyon’s favorite laudatory descriptions, she is a complete colleague.  Her research is creative, wide-ranging and of the highest quality.  She consistently publishes articles in the most selective venues in philosophy and her recent book Moral Reasoning in a Pluralistic World is readable, original, and sure to raise her international standing still further.  She’s one of the Department’s most successful graduate supervisors and an excellent undergraduate and graduate teacher, served a full three-year term as Associate Chair, and is coordinating the launch of the Applied Philosophy PhD program.  As an academic she does it all, and she does it all at a very high level.”  Congratulations, Patricia!

Katie Plaisance, a member of the Department of Knowledge Integration who is cross-appointed to Philosophy, also has some recent, significant achievements.  First, as of July 1 Katie has officially been promoted to Associate Professor with tenure.  Katie’s home department does not have a graduate program, so the graduate supervision portion of her appointment is in the Department of Philosophy, where her expertise in the public understanding of science and in socially relevant philosophy of science enhance the Department’s strengths, especially in Philosophy of Science and in Applied Philosophy.  Dave DeVidi adds, “It has been a rewarding spring for Katie, since at convocation in June she received the University of Waterloo Distinguished Teacher Award.  This is a career achievement award which is given to only four faculty members per year at Waterloo (out of over 1200), so it is a remarkable achievement for someone who only arrived at Waterloo in 2009.  The commendation recognizes not only Katie’s excellence in the classroom but also her work on the curriculum design of the innovative Knowledge Integration program and her work helping her colleagues develop new pedagogical strategies.”  Congratulations, Katie! 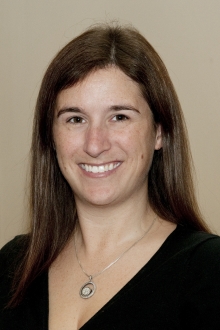 Dave DeVidi shares his own news: “I was honored to receive the University’s Award for Excellence in Graduate Supervision.  This is also a career achievement award, given to no more than four faculty members each year.  I was especially pleased that the commendation that came with the award made special mention of ‘the time and attention [given] to each student.’”  The Daily Bulletin adds, “Professor DeVidi has played a pivotal role in graduate education in Philosophy at Waterloo.  While serving as Graduate Chair, he revised the graduate curriculum to reflect developments in the discipline and the expertise of faculty, to enhance the recruitment of female students, to aid students’ progress through their degrees, and to mentor them as they transition to diverse careers, both academic and non-academic.  One supporter described Dr. DeVidi’s impact on the graduate program as ‘incandescent.’  His former students emphasize their great respect for him and their gratitude for the attention he paid them.  They also note that he taught them how to use Philosophy both in their lives and in their careers in transformative ways.”  Congratulations, Dave!

Two of our faculty members are happy to share the news of their successful grant applications.  Jackie Feke was awarded a UW/SSHRC Seed Grant for her project “Laws and Nature in Ancient Greek Mathematics.”  Katie Plaisance with John McLevey, her co-investigator and colleague in the Department of Knowledge Integration, won a SSHRC Insight Development Grant for their project “Increasing the Impact of Philosophy of Science in Scientific Domains.”

Shannon Dea gave a talk to an interdisciplinary audience at East China Normal University, Shanghai, on trans issues, with particular attention to bathroom bills in the U.S., and she has a new publication.  The interdisciplinary anthology Without Apology: Writings on Abortion in Canada, ed. Shannon Stettner, came out with Athabasca University Press in June, and it included a chapter by Shannon called “A Harm Reduction Approach to Abortion.”

At the end of June, Trevor Holmes, who taught Women’s Studies 101 in Fall 2015, presented at the National Society for Teaching and Learning in Higher Education conference at Western University with his former students and our Special Collections and Archives Librarian, Jessica Blackwell.  The team shared the approach to, and results of, course assignments and course procedures.  Participants had the chance to try part of an archive activity as well as to reflect, using journal prompts from the course.  The abstract is available here. 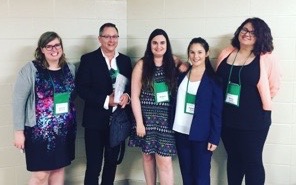 Last but far from least, Paul Thagard is the ninth most cited living philosopher with a public Google scholar page! Congratulations, Paul!